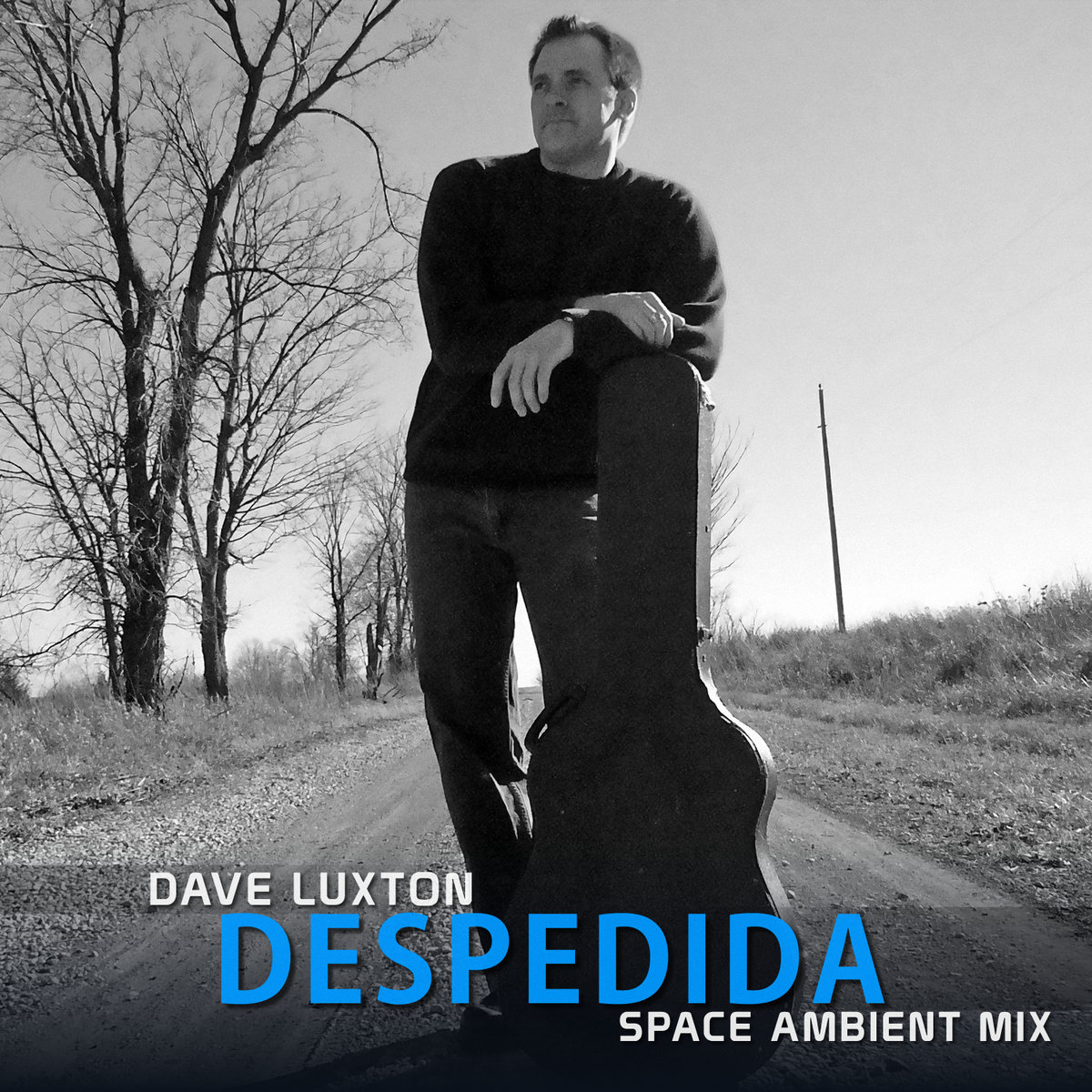 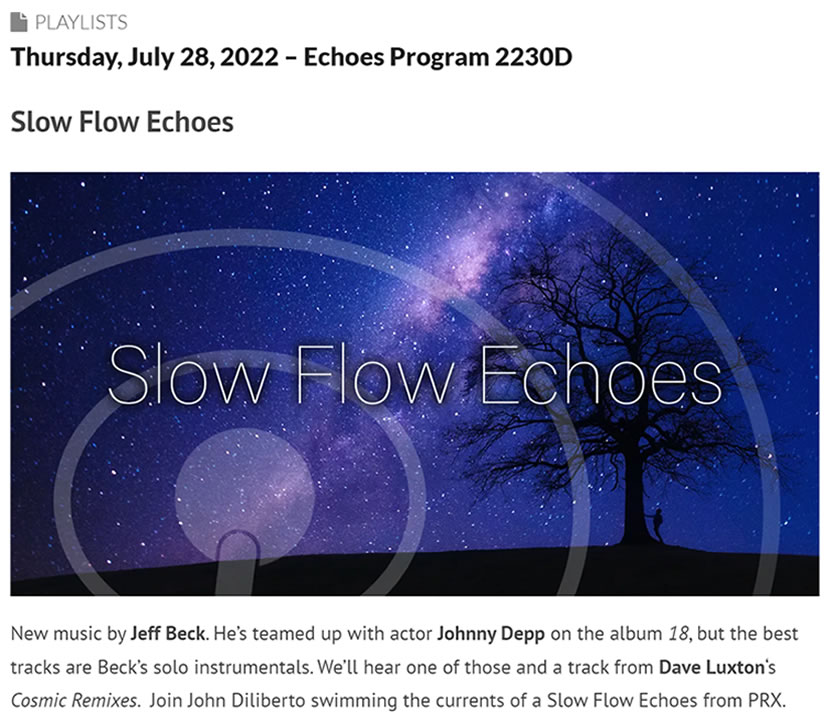 6/2/2018 - Dave performed at the Event Horizon Concert Series at the University of Pennslyvania campus on Saturday June 2, 2018. Photo by Chuck van Zyl 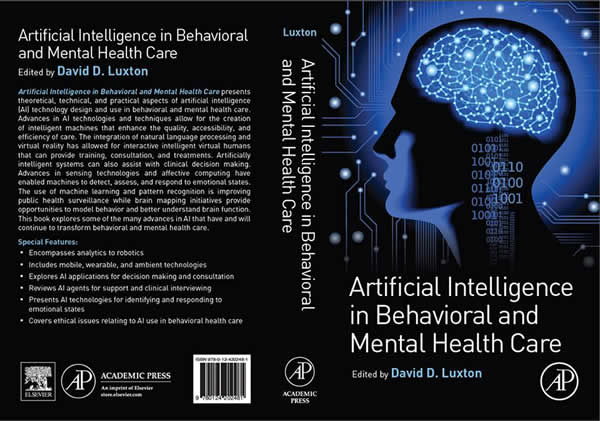 4/17/2015 - On this transmission of Hearts of Space, another cosmic-electronic journey, on a program called STELLAR VISIONS 3. Music is by BENN JORDAN, ROBERT RICH, DAVE LUXTON, and featuring MICHAEL NEIL.

4/4/2015 - Dave will be perfoming at the 21st Annual Olympia Experiemental Music Fesitval on June 28th! 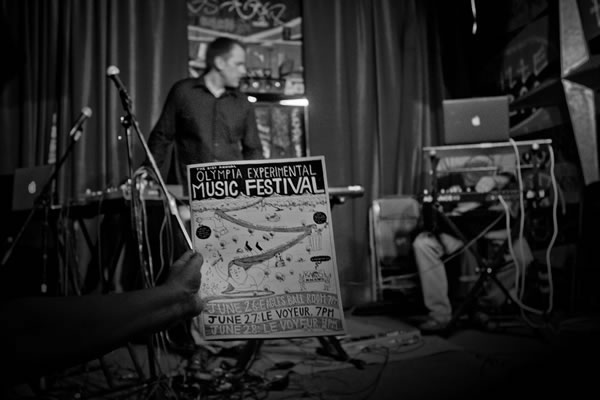 3/16/2015 - Dave will be joining Boreal Taiga for some shows on the East Coast this fall. Dates to be announced soon!

9/26/2014 - Dave is producing a remix album of his favorite ambient tracks. Artists and producers from around the world are remixing many of the tracks. Wayafer Records is also having a remix context.

4/13/2013 - Dave will be performing at The Gatherings Concert Series on October 19th along with Vic Hennegan plus Matt Borghi and Michael Teager. The concert takes place at St. Mary's Hamilton Village, 3916 Locust Walk, Philadelphia PA. Doors open at 7:30pm. Tickets can be purchased at TicketWeb and at the door. 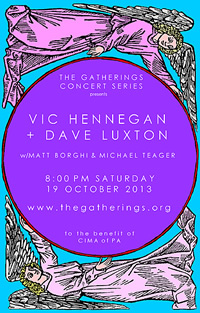 1/24/2013 - Dave has been busy in the the studio working on his next album called Fuzzy Music.

11/30/2012 - Dave was recently interviewed by GIK Acoustics and is being featured in their artist spotlight.

9/15/2012 - The track "Nebula" from Dave's album Music From The Firmament is being featured on Hearts of Space radio this week.

8/27/12 - Dave has contributed a track to the OCEANS benefit compilation album. The album features 60 electronic music artists from around the word and all proceeds support the Whale and Dolphin Conservation Society. 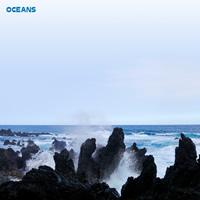 8/17/2012 - Music from Dave Luxton's album Singularity in Sound is being featured on Hearts of Space. HOS is heard on over 200 National Public Radio stations  with an estimated audience of 200,000 listeners per week.

5/8/2012 - Dave's new studio album Singularity in Sound is now available. The album is available from CDBaby.com, Amazon.com, iTunes, and all other major digital download services.

4/26/2012 - Dave is being featured on a new Astreaux World Terrestrial Radio program.

1/18/12 - Dave's music is featured on the latest radioMystic X3 podcast "Worlds Beyond". Check it out here.

10/24/11 - Dave has released a collection of ambient space music on his new album "Music From The Firmament". Read the reviews here.

7/6/10 - Dave's new album, Portal, is Musical Starstreams featured release! Musical Starstreams is a longstanding, award winning nationally syndicated radio program. Weekly programming is transmitted on over 200 terrestrial radio stations across the US as well on the internet at starstreams.com through live365.com and also on radioio.com. Portal will be begin play on July 11, 2010.

6/21/10 - Dave's latest ambient album, Portal, is now available! The album features eight all new ambient instrumental tracks that will transport listeners to other worlds. Portal can be purchased from CDBaby, iTunes, Amazon.com, and from all other popular digital download services.

6/10/10 - Dave composed the soundtrack for "The Apology Dance " which will have its first public screening on 25 June 2010. The film was directed by Jason P. Hunt. The screening location will be the "Just Off Broadway Theatre", 3051 Central, Kansas City, MO.

3/28/10 - Dave's Ambient album When the World Was Young has made the Zone Reporter Top 100 Radio Play Charts.

2/22/10 - Dave will be playing some live shows in Seattle this summer. Stayed tuned for details.

12/07/09 - Dave's remix of Halo Effect's It Was Nothing, Dave Luxton Almost Nothing Remix has been released on Ionium Records. Check it out!

10/15/09 - Dave will be participating in the 2009 National Film Challenge with director Jason P. Hunt. The National Film Challenge is a timed filmmaking contest in which filmmakers are given 48 hours to write, produce and deliver a short film. Dave is composing the score. The event begins on October 23rd - stay tuned to hear how it goes!

10/14/09 - Dave is in the studio working on the second EchoHALO album. The album features uptempo atmospheric Electronica.

7/10/09 - Dave is remixing a track for Italian electronic band Halo Effect's next album. The track is called It Was Nothing (Dave Luxton Almost Nothing Remix). The album is scheduled for release this fall. 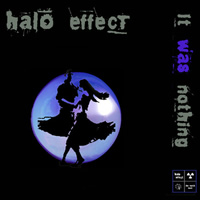 7/1/09 - The debut EchoHALO album has been released! Stay tuned for more exciting things to come in the EchoHALO world!

6/15/09 - The track "Vivid" from the new EchoHALO album will appear in the film The Apology Dance. Dave has provided the music for the film, which is to be released later this summer.

4/8/09 - A track by Dave has been released on a new ambient compilation album called Klang. The track is called Metallic Panic Attack and was composed with all metal objects! The entire album is available for download here.

1/10/09 - Dave is currently working on the soundtrack for The Apology Dance, a full feature film by director Jason P. Hunt (Devinshire Jamestown). The film is set for release in 2009.

9/1/08 - Dave on the radiowaves - Music from Dave's ambient album Hidden Music has been receiving airplay across the country. The album was featured (Top 20 for August 2008) on Scott Raymond's ambient radio program Secret Music on WVKR-FM in New York State. Music from Hidden Music was also featured on Music from Beyond the Lakes 91.1 FM, WDBX in Carbondale, Illinois (www.wdbx.org) in October, 90 FM WWSP (Wisconsin) in November (top 20), as well as regular airplay on Stillstream and Mystic Soundscapes Internet Radio Network.